White (Oak) Christmas: The Many Variations Between Species 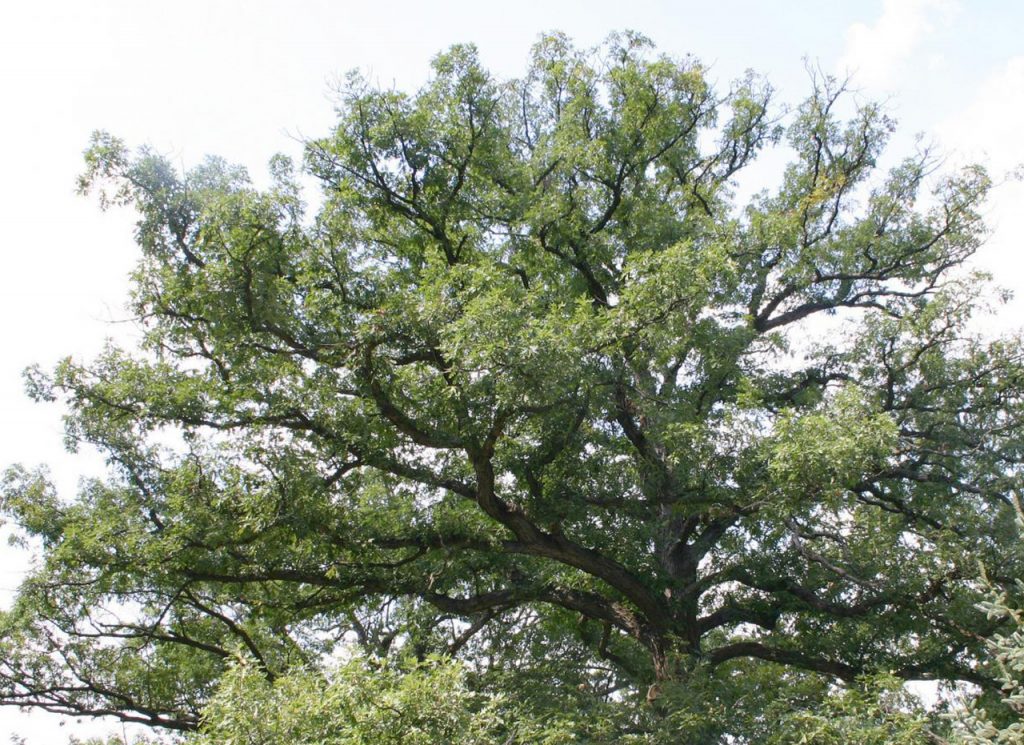 As the holidays approach, many people are buying Christmas trees to celebrate the season, but what does the ideal tree look like?

Some Christmas trees are tall and skinny with sparse needles, while others are dense and fluffy. They come in greens from across the spectrum, and the potency of their fragrance can also vary. These qualities, which are often tied to the species of tree, can also affect the price. Popular Christmas tree species include balsam fir, Fraser fir, Canaan fir, Douglas fir, grand fir, noble fir, concolor fir, white pine, Scotch pine, Virginia pine, blue spruce, Norway spruce, white spruce, Arizona cypress, Leyland cypress, and red cedar.

One species that is not so popular for Christmas trees (it’s not coniferous), but has a lot to recommend it, is white oak. “White oak,” like “Christmas tree,” is an umbrella term, and it includes species that vary significantly from one another. Oak is the most commonly used wood for flooring, millwork, and other interior finishes — so in a sense it forms the backdrop for our lives — but most of us aren’t aware of the hundreds of variations within the species of white oak trees, from American to European to Russian white oak. Each exhibits unique characteristics that affect colour, grain, hardness, and more.

European white oak (Quercus robur — a Latin name means “robust” to indicate the strength of the wood) is mostly harvested from France and Germany, where many of Relative Space’s products are sourced and manufactured. These trees grow from 65 to 130 feet tall with trunks that range between 15 and 30 inches in diameter. They are temperate hardwoods that grow best in low-to-moderate altitudes, have deep roots, and prefer heavy, wet soils and full sun. European white oak trees grow fairly rapidly initially, but then their growth slows, resulting in a fine, tight grain. This quality, combined with its inherent hardness (1360 on the Janka scale) and its resistance to expansion and contraction in fluctuating temperatures makes European white oak a desirable choice for wood flooring.

Compared to its American counterpart, which tends to have yellow and pink undertones, European oak is more uniformly grey in color. Oak from Eastern Europe and Russia is less dense than Western European oak and often features black veining. European oak also has a tighter grain and a higher tannin content (just like wine), making it more rot-resistant and suitable for staining, fuming, and other natural colour processes. As with wine, wood has its own terroir: localized soil quality, climate, access to water and light, and other environmental factors dictate many of its characteristics and affect its growth rate, which in turn affects the appearance of growth rings and determines colour.

Just as one should seek out sustainably grown Christmas trees, it’s important to choose floors in the same way. Ultimately, European oak is more likely to come from selectively harvested forestry operations that are environmentally responsible, which is why it features so prominently in our assortment at Relative Space. For more information on how to incorporate this versatile wood into your upcoming projects, contact one of our experts.